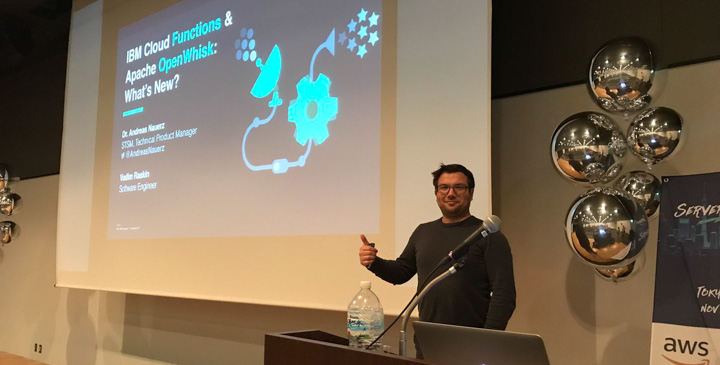 The leading global conference devoted to the serverless trend, Serverlessconf is a community conference that aims to share experiences about developing applications for so-called serverless architectures. Serverlessconf will take place in Paris on 14 and 15 February. We are excited to announce that IBM is participating as a sponsor at ServerlessConf Paris.

IBM Cloud Functions is IBM’s Function-as-a-Service (FaaS) platform based on Apache OpenWhisk, an entirely open serverless platform. As any other serverless platform it abstracts the existence of servers entirely away. It relieves developers from the need to worry about complex infrastructural and operational tasks as well as aspects like scalability and allows them to focus on quickly developing value adding code.

IBM is one of the key players in the serverless market since it started to evolve. We have already been part of the very first ServerlessConf that took place in New York City in may 2016. We have not missed any single ServerlessConf that took place since back then. It has always been a great experience, hence we are are looking forward to Paris, too. During this presentation we will have a look at some key concepts as well as the underlying value proposition. We will explain why FaaS platforms are ideally suited to a wide range of scenarios including cognitive, data, IoT, microservices, and mobile workloads by exploring some real-world customer usecases. We will discuss architectures, design considerations and economical benefits. We will also highlight some of the latest & greatest technical additions such as new programming concepts, support for new runtimes as well as new integrations.

The future is serverless! Whether you use serverless each day, whether you are an expert on serverless or just an enthusiast or are curious about this topic, we would like to invite you to join the community and take part in Serverlessconf Paris.

Serverlessconf Paris will take place at the Espace Saint-Martin. Seats are limited in number, so register now to attend the event : 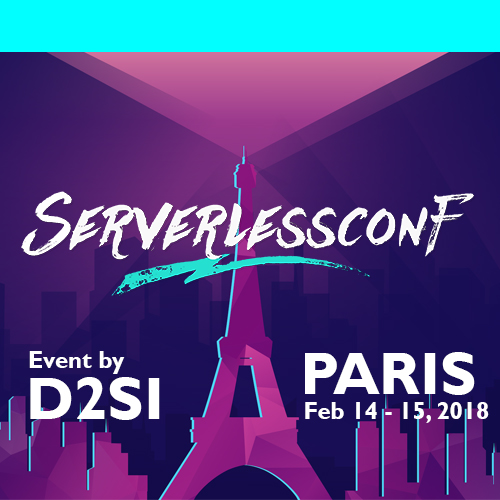 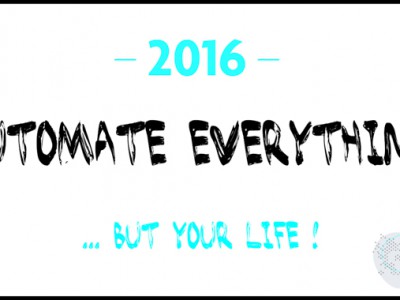 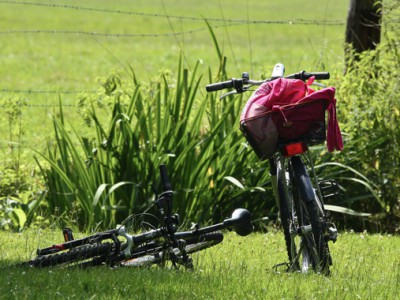